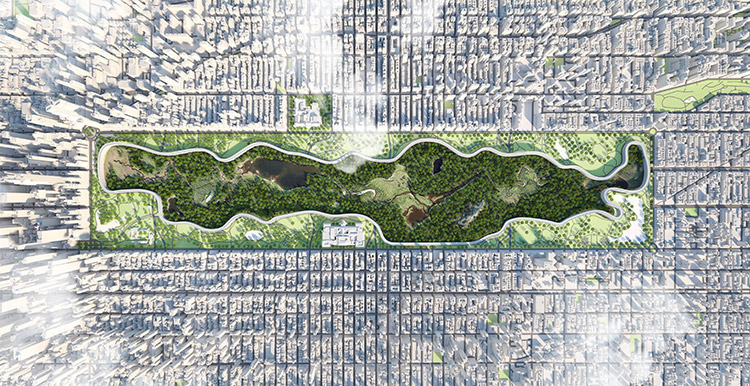 Ambiversion is a state intermediate between introversion and extroversion, encompassing qualities from both sides. While an extroverted nature can be associated to the vitality coming from people’s presence, an introverted one tends to recharge alone, in an autonomous fashion. This duality is somehow the starting point of this new design proposal for the New York Central Park. On this very wide spectrum, three different types of environments have been imagined with complementary relationships to nature. 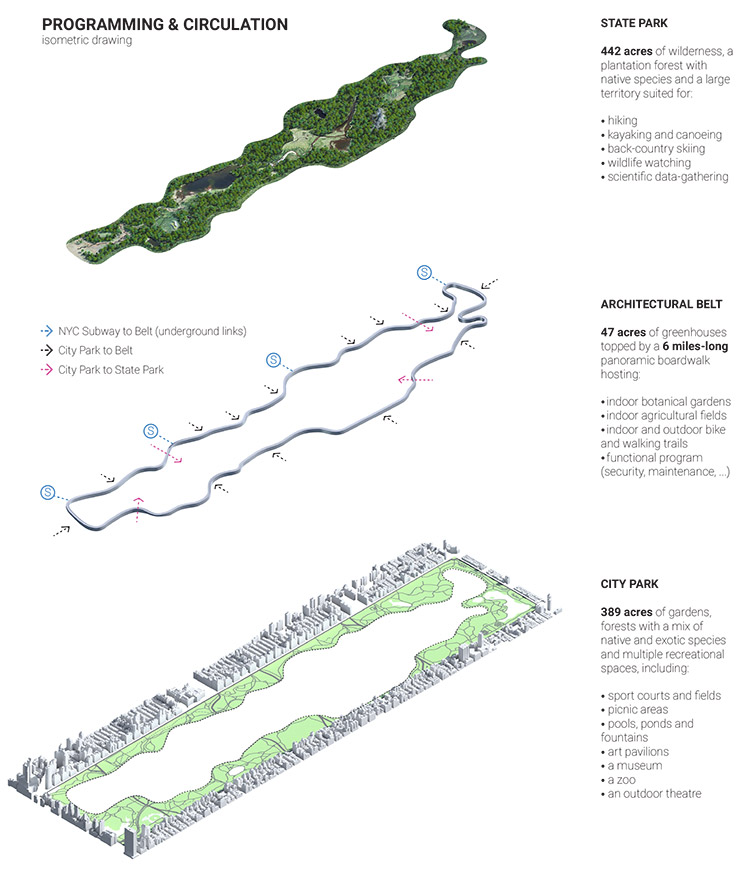 THE CITY PARK – This zone is a reinterpretation of Olmstead’s Central Park as we know it today. It is an organized space, located on the perimeter of the park. It interacts with the surrounding urban environment. Its design is linked to history, evoking an idea of the “old”. It has a landscaping role, displaying nature in a way that smoothens harsher urban life. It is extroverted.

THE STATE PARK – This zone is the heart of the park and is defined by a raw nature. Machinery interventions are prohibited after year 1. The nature of this area is unpredictable but will be defined, through time, by its local geography. It is an ecological landscape that fosters biodiversity. For the New Yorkers, this area is like a state park territory in their backyard, a great escape. Hikers are welcomed, trails are to be made and nature is there to be observed and studied. This place is introverted.

THE ARCHITECTURAL BELT – This third zone can be understood as a green space contained in an object whose position happens to separate the City Park from the State Park. It is a 65 feet wide and 6.5 miles-long looping linear park with a sinuous shape mimicking the exact route of the existing Central Park’s Park Drive. The interior climate is controlled thanks to a greenhouse-type of infrastructure and so is the indoor vegetation. It is the ultimate man-made landscape. It is a technical answer to the undesirable effects of global warming, providing the citizens a leisure-oriented environment with 365 days of perfect weather. Its architecture embodies the idea of the “new”. This place feels remote, but is, at the same time, fully accessible, fluid, and based upon optimization. It is the ambiversion.

While Olmstead’s original concept for Central Park coalesces into a “single work of art”, this proposal displays a simple three-way system defined by a complementarity that addresses a contemporary society with increasingly complex needs. 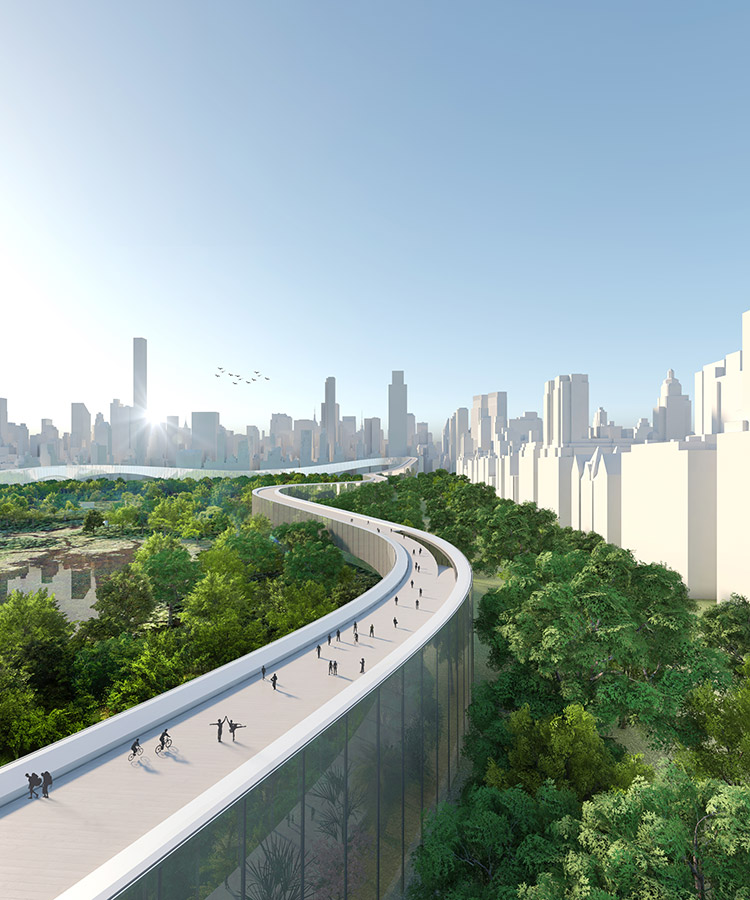