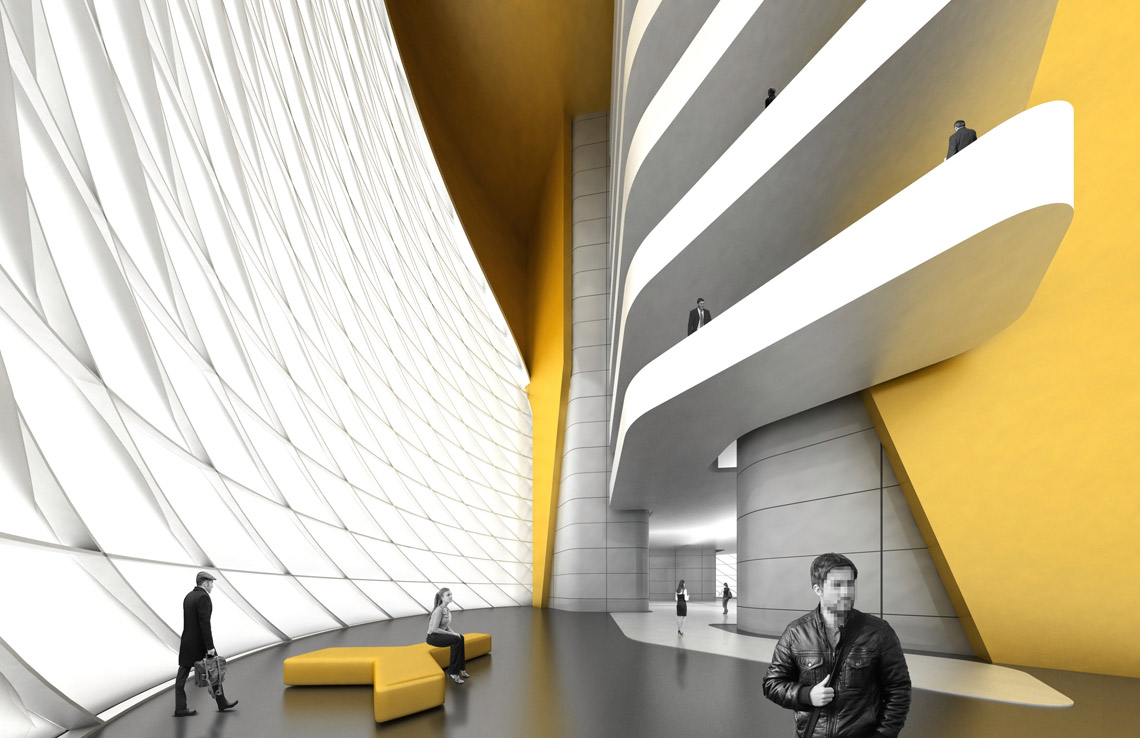 PROJECT DETAILS
* PROJECT DESIGNED BEFORE THE FOUNDATION OF PARA-SOL INC.

The upper part of the prentice building; the perforated organic shell, is decidedly iconic. In the spotlight, this stand-alone object, disconnected from its surrounding, seems a carefully crafted work piece. This is, as we believe, the essence of the Goldberg masterpiece, the patrimonial heritage that we want to preserve and the starting point of our reflection. We proceeded to a fictitious dismantling of the building, a breakdown into individual parts. This analytic approach revealed the building’s inherent potential for transformations and paved the way for a new assembly. The new prentice is inspired from mechanical design and made out of three principal components:

A NEW SKIN
The membrane that wraps the perimeter is the new interface between the prentice and the city. As a result of its centripetal role, it filters inputs and gathers resources. Its transparency is communicative and reveals the inner mechanism of the machine to the street.

AN UPGRADED HUB
Shaped as a spine, the hub draws into its current everything that surrounds it. Its helical organisation allows for fluidity and contrasts the rigidity of the original cores.

THE GOLDBERG SHELL
Floating above the ground, the preserved goldberg shell is the outer component of the machine. The internal layout provides subdivisions for long term space use.

The architectural interpretation of this apparatus lead to a new potential of spatial qualities, meeting the needs of an unusual typology of campus. a specific program is transposed to fit the dynamism generated by the additions and proposes a continuous cycle for academic researches; gathering – investigating – discussing – exploring – exhibiting. 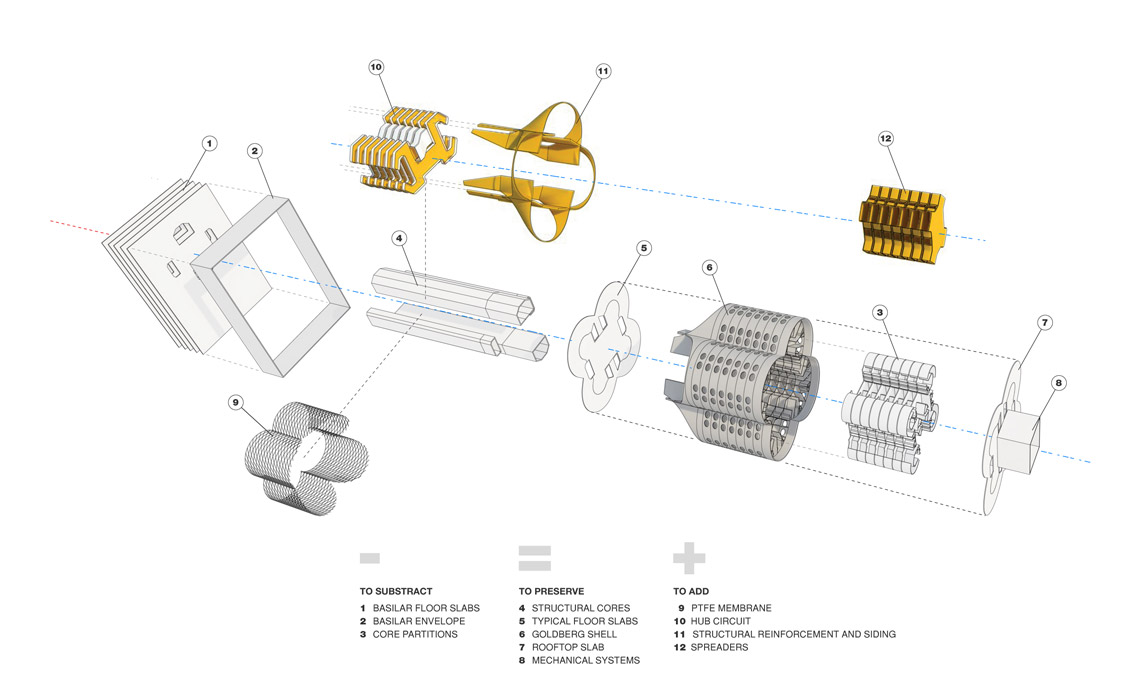 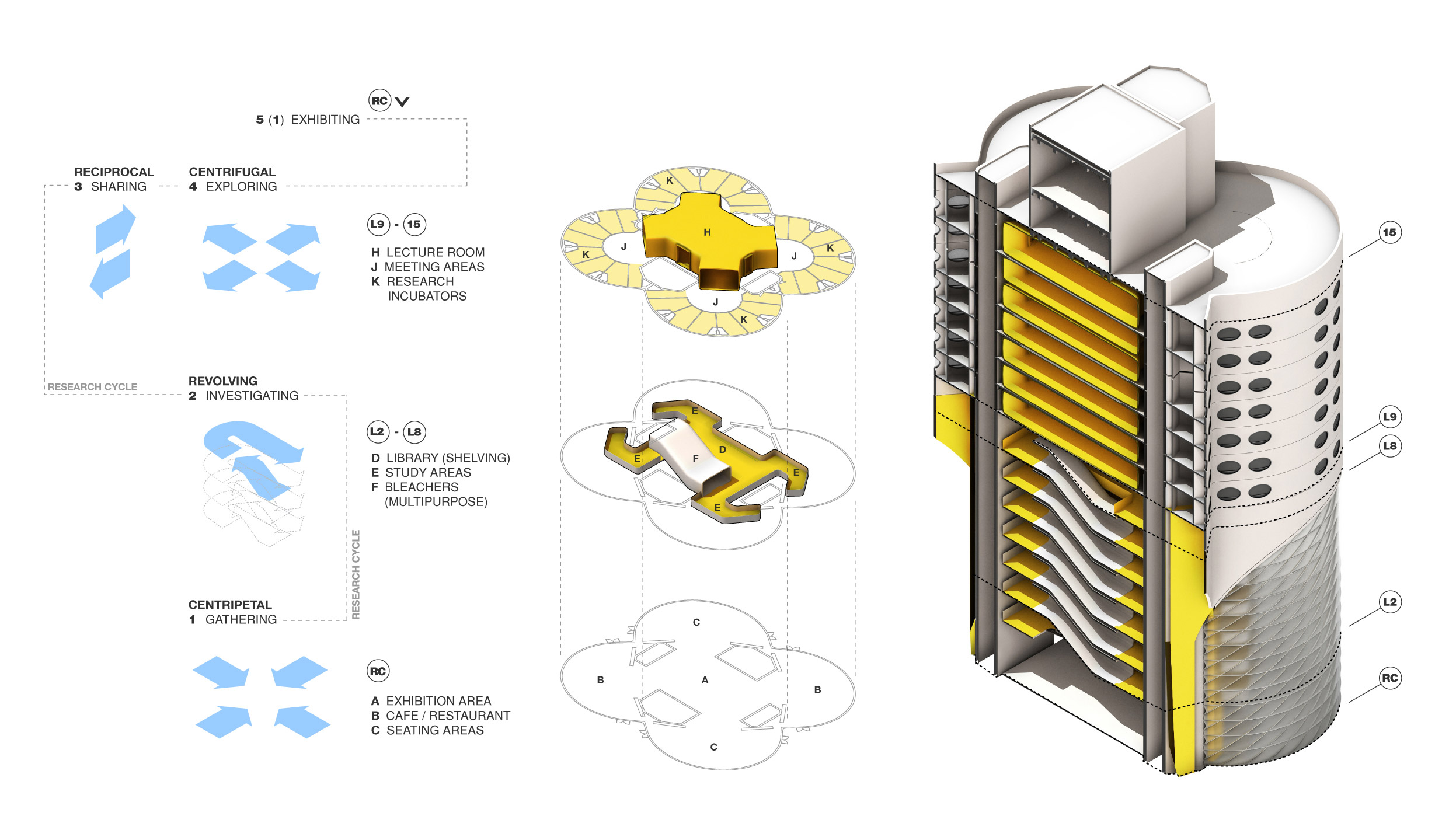 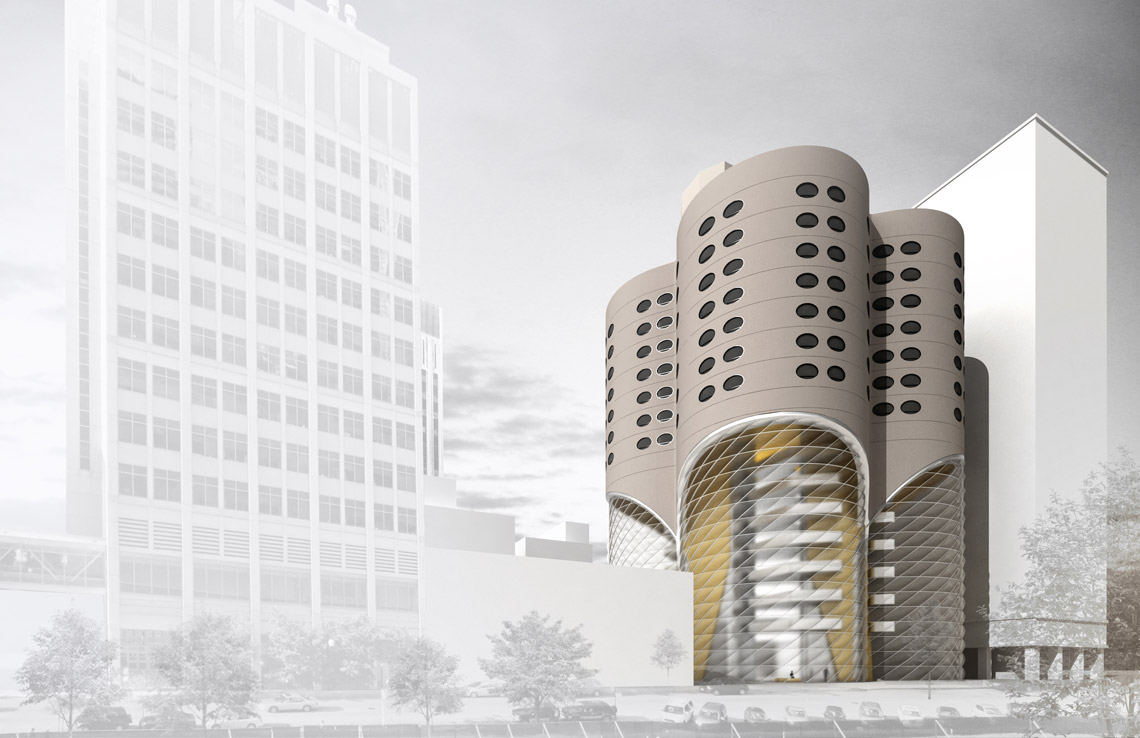