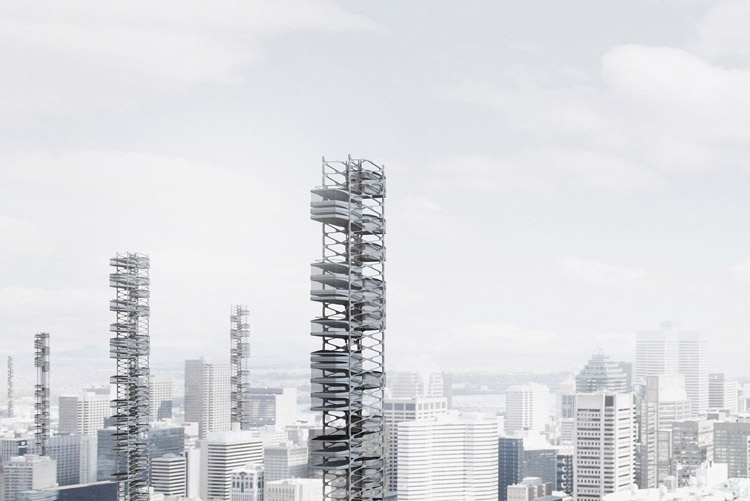 [TEXTE DE PRÉSENTATION, VERSION ORIGINALE] A walk through a business district on a Saturday afternoon is a singular experience. Being surrounded by empty buildings and deserted plazas, a newspaper blowing in the wind, seems like an unfriendly urban condition. This silent scene brings a new look to this built environment and questions its raison d’être at that moment in time. It highlights an unbalanced equation between occupation and urban footprint. These giant monoliths not only create gaps into the built fabric, but their cast shadows also plunge areas into darkness, their over-size silhouettes hide landscapes and their mechanical systems keep draining the city’s energy.

Interested in optimizing occupation, “Controlled collapsing” is a strategy consisting in an addition of on/off levels whose polarity matches human presence. The compressible quality of the space between the floor slabs is made possible through a system allowing free movement on a vertical axis, all the units being independent, but reacting in a synchronized manner to each other. Taking advantage of the motion, the modular components also have the ability to be organized as a whole, in order to be more responsive to the programmatic inclinations and the surrounding environment. This large set of conditions, called urban fluctuations, provides the data on which are based various configurations. Therefore, tight to loose patterns can punctuate the skyline in different ways, sometimes dealing with contextual sunlight, improving energy efficiency or even freeing up views and ground connections.

To some extent, those continuous, progressive and fluid reorganizations become means of communication, setting up a clear dialog between the tower and the city. As graphical charts, its modulations embody varying statistics which can be interpreted to understand the ongoing solicitations. In this regard, the edifice is a cyclic expression of daily routines. It categorizes behaviours, uses and functions, revealing a part of the city’s pulse. 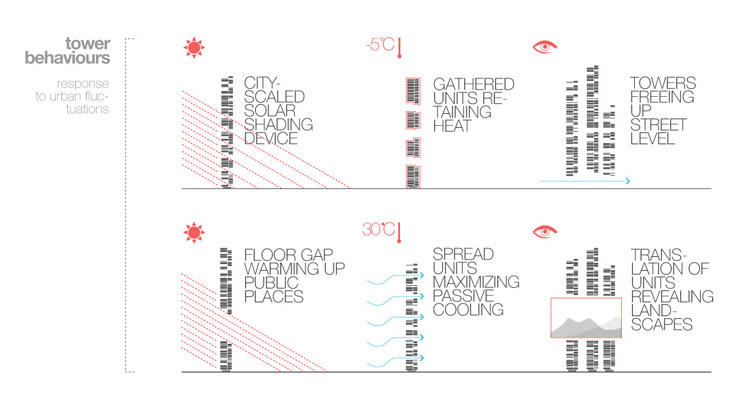 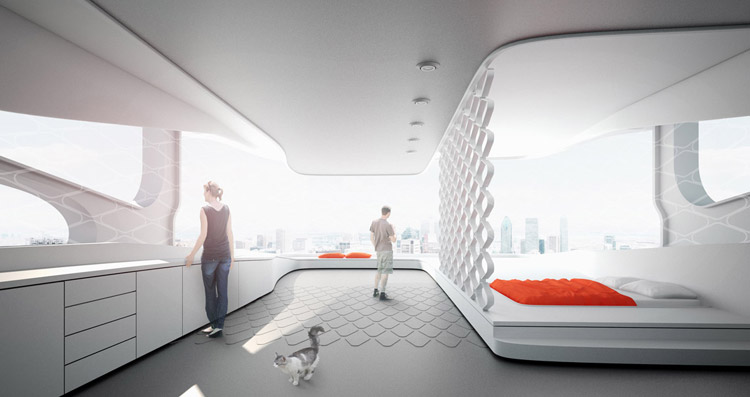 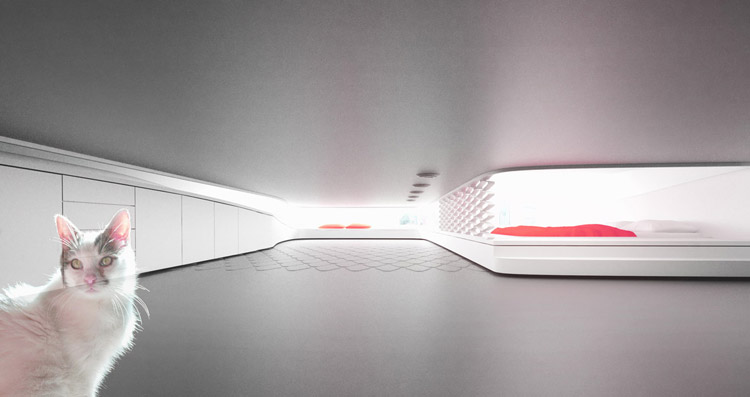 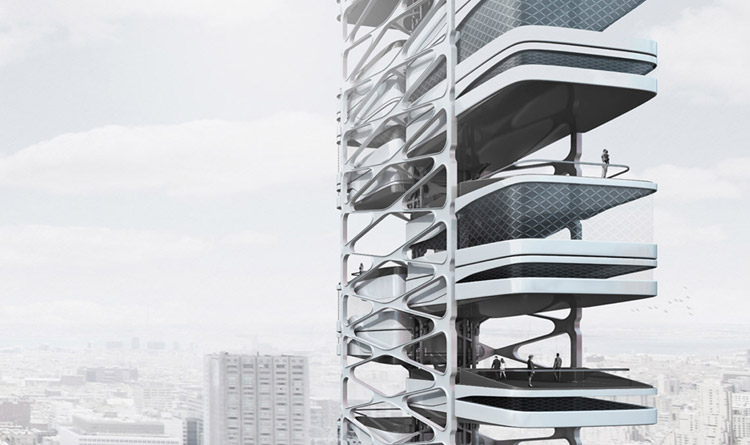